Are you Ready for the Webinar?
How To Easily Code A Trading Strategy
WithOUT Knowing A Thing About Programming
Click here to Watch it Right Now

WHAT DO YOU NEED TO KNOW ABOUT TRADING SYSTEMS IN ORDER TO START OFF CORRECTLY AND WITHOUT EXPENSIVE MISTAKES?
In order to earn with Automated Trading, it is essential to have a solid understanding of the basics.
I personally teach you the basics in BEAT THE MARKETS WITH TRADING SYSTEMS.
I WANT TO LEARN THE FOUNDATIONS OF AUTOMATED TRADING 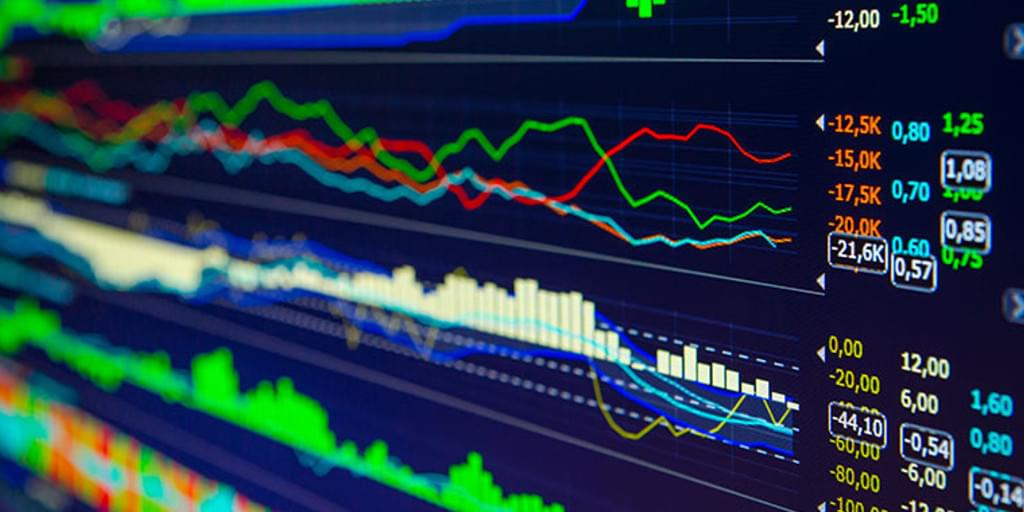 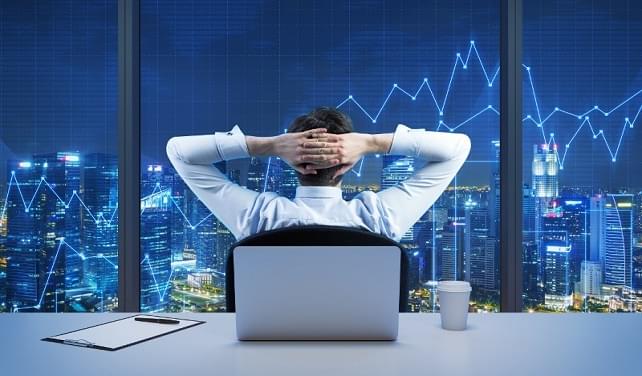 What are trading systems?
How do you build a profitable trading system?
Is it true that they reduce risk and emotional errors?
Is it true that they work automatically 24 hours a day?
These are the questions that come to me every day from hundreds of different people.
People who - like you - want to experience automated trading.
Trading Systems
Trading systems are a set of strategies aimed at analyzing the market and gaining on its movements.
The trading system - based on the rules that you will create after I have taught you how - generates signals for buying or selling and automatically transmits them to the market.
You simply have to let them work, holding back your emotions.
What are the advantages of a trading system?

Is it easy to create a profitable trading system?
No, for a beginner it is very complex.
Without the right knowledge, you risk going to the market, making trivial mistakes, and losing a lot of money.
When I started, almost 20 years ago, I had to spend hours studying.
Studying - Testing - Losing Money - Restarting from scratch.
Initially it will be like that for you too.
Do you want to avoid wasting time and money with Automated Trading?
Then BEAT THE MARKETS WITH TRADING SYSTEMS is ideal for you.
I personally teach you the basics for success in trading ... the same knowledge that I would have liked to have at the beginning of my journey.
Read on to discover today's special offer ...
BEAT THE MARKETS WITH TRADING SYSTEMS
It will teach you everything you need to know about Trading Systems, to have a very solid foundation from which to start off on the right foot.
It will take away any doubt, and you will save yourself a lot of mistakes - and money - that you could easily avoid with a little extra experience.
The program consists of:
A manual.
Free video lessons. 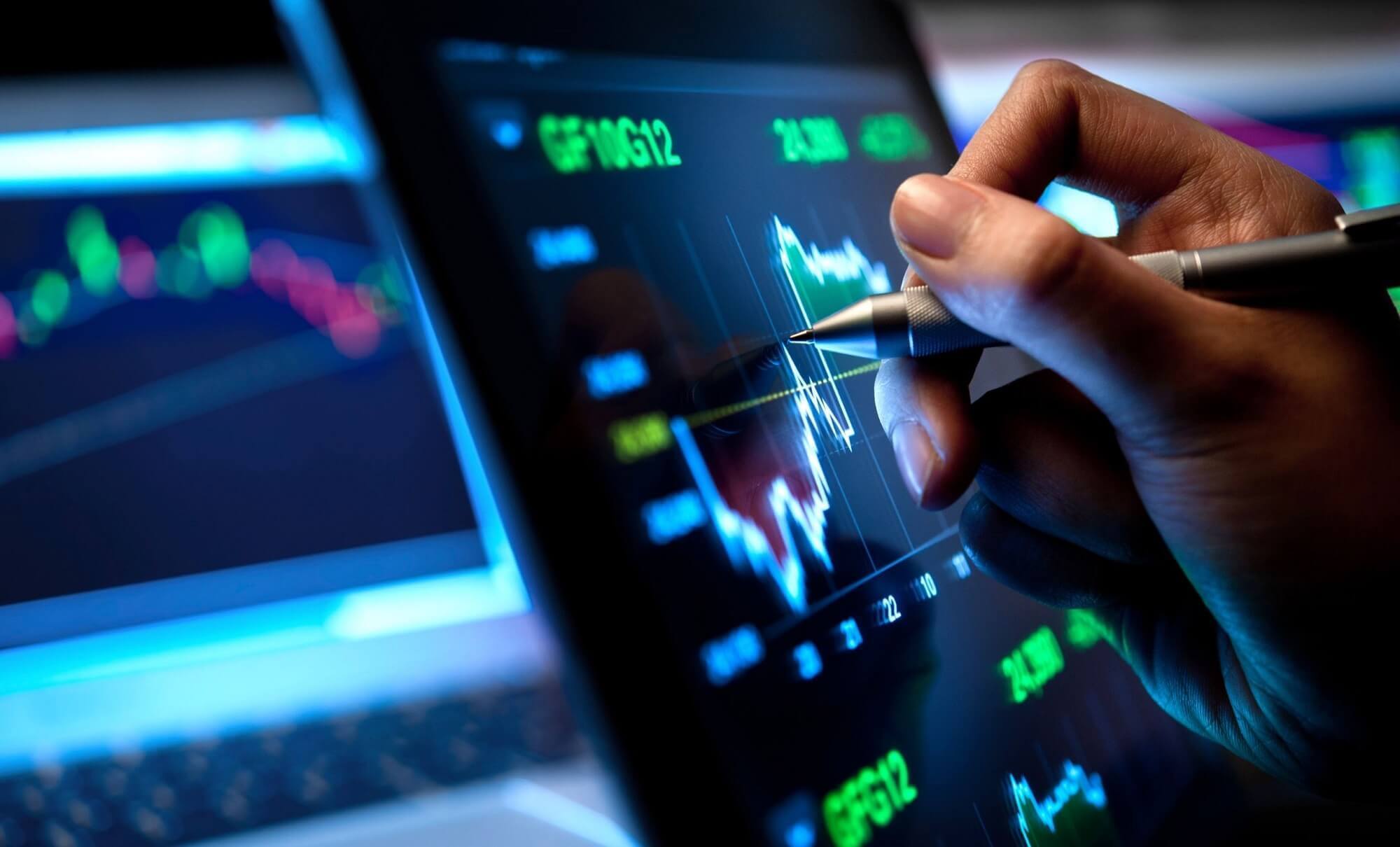 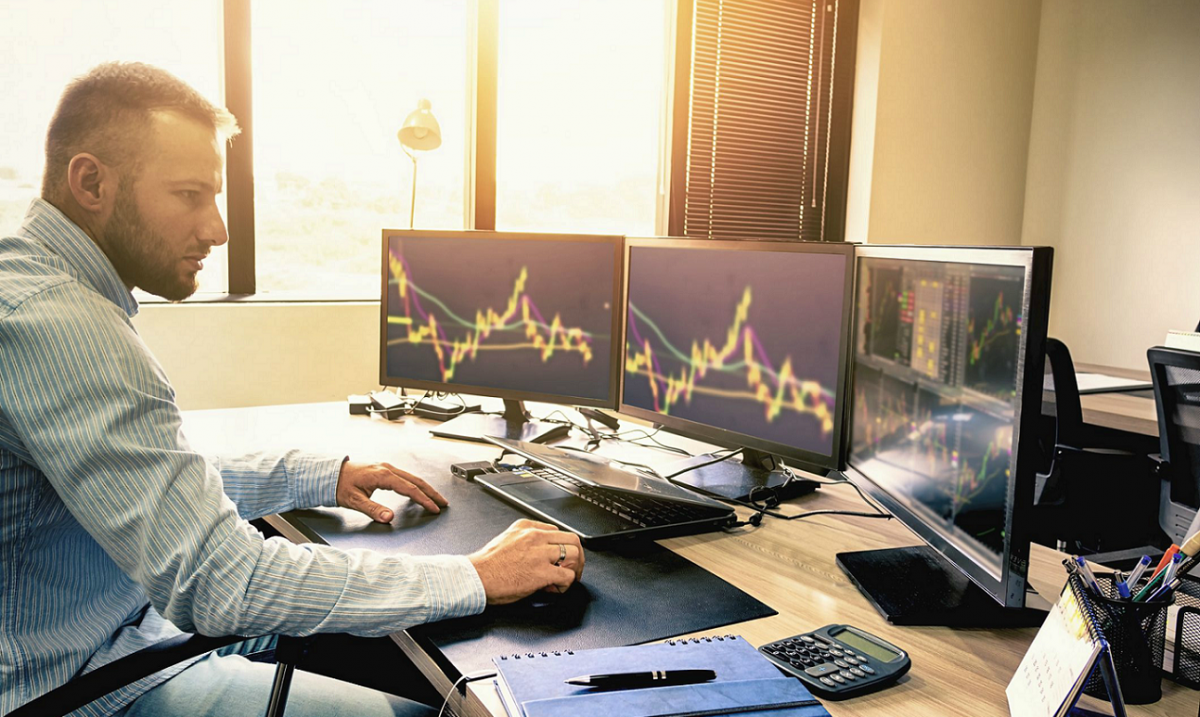 Inside you will discover:

- What Trading Systems are and how to develop them in the right way.
- Which are the fake trading myths that prevent you from succeeding.
- How to start trading in the right way avoiding the classic, and expensive, beginner mistakes.
- Trading as a part-time or full-time business?
- What types of markets there are and what are the necessary tools.
- How much capital do you need to start without being too "tight".
- What Backtesting is and how to properly use it.
- What are the enemies of Automated Trading: Noise and Overfitting.
- The fundamental questions that you must ask yourself before entering the market, if you do not want to start immediately with the wrong foot.
- How to develop the most important thing for a Top Trader: his/her mindset.
- How much does it cost to do trading professionally.
- How to make more money using the best tools, without spending money on useless things.
- Two trading systems created by me that I use myself.

- The guide:
Where to get the best ideas to trade successfully.
- The guide:
How to figure out if a strategy broke, and how to fix it before it burns your capital.
How much can a program cost with so much material done by a 4-time World Champion?

How much does a program cost you to avoid wasting time and money with classic beginner mistakes?
The price is usually € 197.
However - since you are a motivated and ambitious person - I decided to lower it further at a symbolic price if you take it now.
How much do I sell it for?
Read on to discover the special offer ... 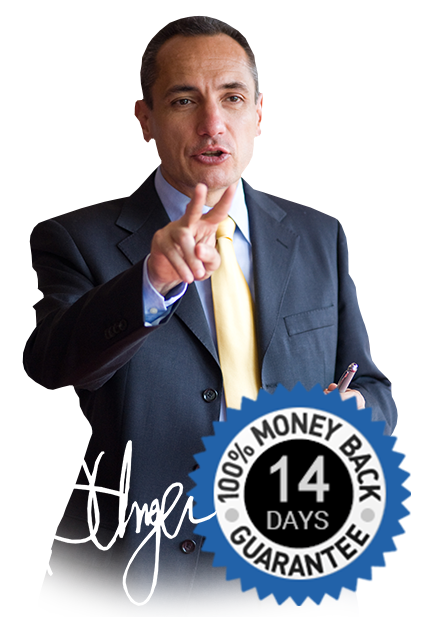 AND IF YOU DO NOT LIKE IT?
You are covered by my ZERO-Risks guarantee.
You study the materials thoroughly, then if within the first 14 days you are not completely satisfied with the contents ... you will be refunded until the last penny spent.
Without any request for explanations from you.
Send me an email saying that you want to be refunded, and I will refund you.
Stop.
WHO AM I? 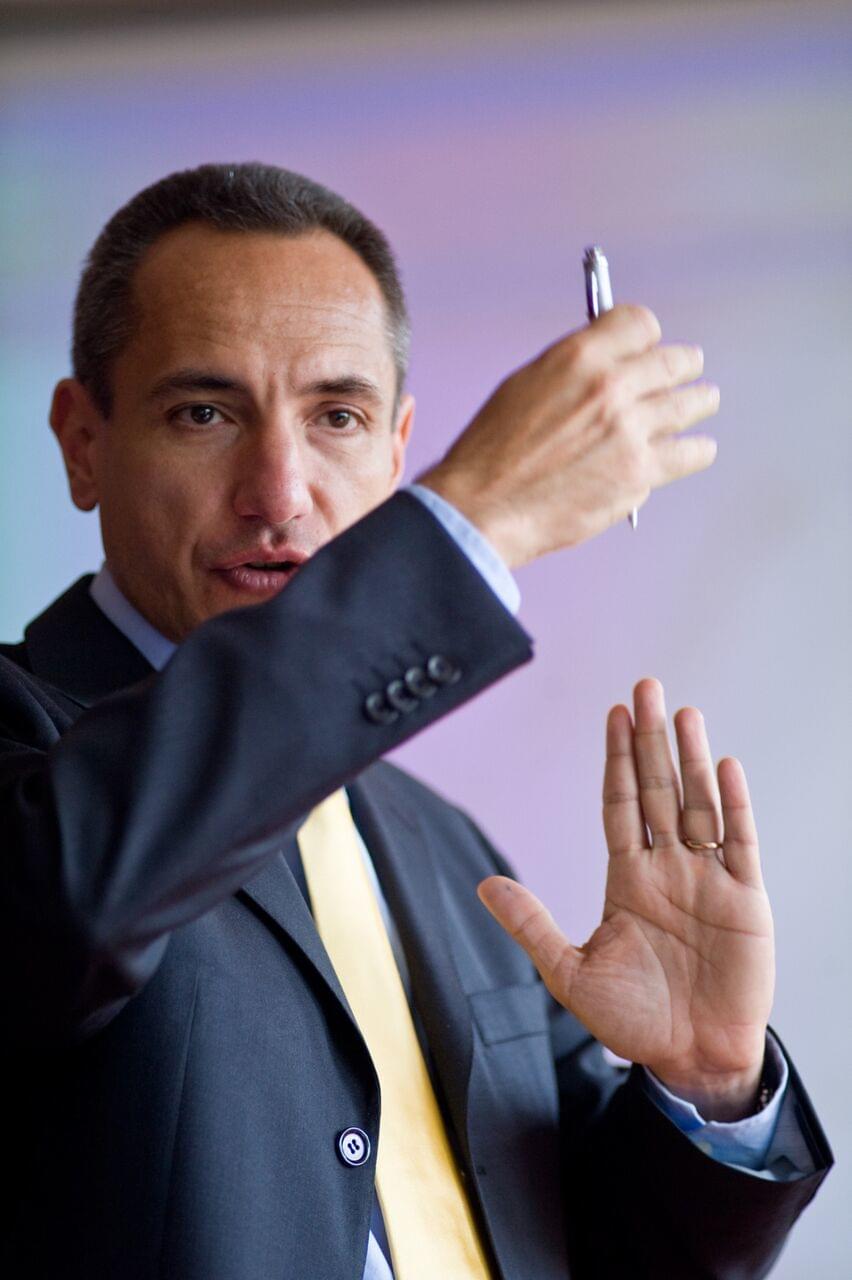 A lot of passion, a lot of perseverance, a lot of practice and above all a lot of studying with the greatest international experts.
This is the path that allowed me to create my winning method with automated trading.
Now I would like to share my skills / experiences, with all the people who want to become successful traders without burning capital.
Among my students, about a thousand now both in Italy and Abroad, the most famous are:
- Petra Ilona Zacek, winner of the 2018 World Trading Championship.
- Stefano Serafini, winner of the 2017 World Trading Championship.
- Tim Birch, arrived on the podium with 3rd place at the World Championship in 2016.
But it doesn't matter if you want to become a Top Trader, or simply create a profession that sets you free.
Regardless of your goal, or level of experience, I will accompany you step by step to your destination.
HOW MUCH DOES ALL OF THIS COST?
BEAT THE MARKETS WITH TRADING SYSTEM should cost at least € 297.
And it would still be a bargain, because it contains valuable lessons that can save you who knows how much waste of time and money.

But if you buy now, you can get it for just € 197.
Why do you give such information away?

It is a symbolic price.
I do it because I want you to get the most out of your education ... I want you to become good and start trading the right way.
The experience of many students before you taught me one thing:
Trading Systems are the biggest obstacle to success in automated trading.
Having overcome this ... everything becomes much easier!
I WANT TO LEARN THE FOUNDATIONS OF AUTOMATED TRADING
TESTIMONIES

"Besides being clear on all the concepts, Andrea proves to be a real leader in the financial sector. I purchased this and honestly I'm very satisfied with it! :-)" 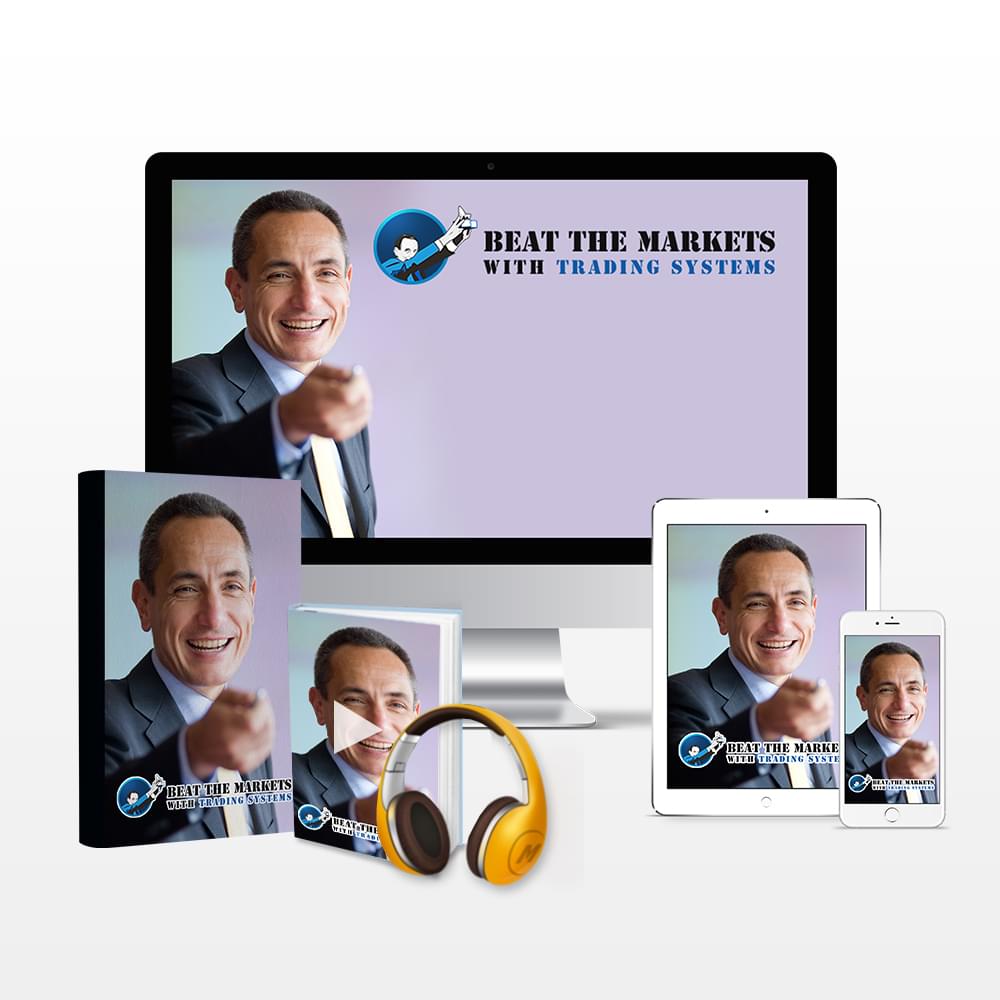 LEARN THE BASICS
TO BE SUCCESSFUL
IN AUTOMATED TRADING.